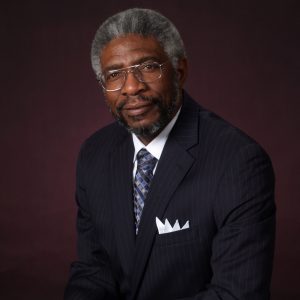 Tommy E. Smith Jr. was born in Memphis, Tennessee to Tommy E. Smith, Sr. and Alma N. Smith. His family eventually moved to Oakland, California, where he and his five siblings grew up. After Graduating from Skyline High School, he briefly attended Cal Polytechnic Institute, San Luis Obispo, CA. After working for several years, Tommy returned to college and received his engineering degree from San Francisco State University in 1985.  In 1979 Tommy began working at the Lawrence Livermore National Laboratory, launching a career that would span 34 years. His work there included technical and administrative roles. As a mechanical engineer, his technical assignments included work on missile defense systems and energy management. This work culminated in his receiving a patent as the lead inventor of an Electron Energy Spectrometer (U.S. Patent no. 5,017,779). His administrative work included heading the Laboratory’s Affirmative Action and Diversity efforts. Two aspects of this position that were particularly gratifying and ministry-related were: helping people to reconcile difference across racial and cultural divides, and outreach efforts to include Historically Black Colleges and Universities in the Lab’s research and development activities.

Before becoming Senior Pastor at Palma Ceia, Tommy was involved in worship and ministry at three churches; Community Church of God in Christ (Eld. Author J. Pugh), Palma Ceia Baptist Church (1987-2001 Rev. Charles F. Bennett), and South Bay Community Church (Dr. Stanley B. Long). Tommy returned to Palma Ceia as Interim Pastor in 2009, and was installed as the permanent Pastor in October 2011. Tommy and his wife Sandra have been married since 1990, and have three children; Alexandria, Ayanna and Thomas. Tommy’s oldest daughter Tomika L. Smith (a graduate of Dillard University) lives in Memphis, Tennessee with his granddaughter, Tamia. Tommy‘s nephew Jonathan, whom he and Sandra raised from age 12-18, is a navy veteran and resides in Huntsville Alabama.