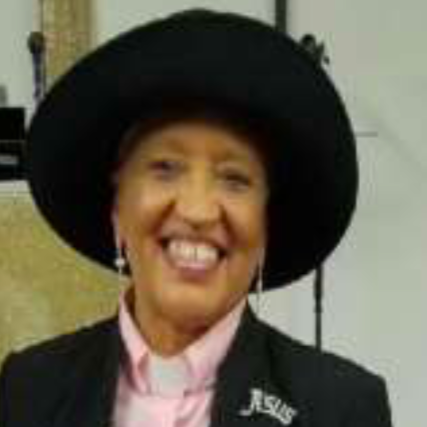 Reverend Allen, affectionately called “Pastor Hat” is a pastor, teacher, preacher, motivator, counselor and encourager to men and women in all walks of life. Reverend Allen was baptized by Pastor Charles F. Bennett in April of 1978 but did not make a sincere commitment to serve until January of 1983 at which time she joined the Usher Board and eventually became President of the Board. Shortly after attending Sunday School she became a Sunday School Teacher. In April of 1995 she was licensed to preach the Gospel and in August of 1996 was ordained into the ministry. In

December of 2009, Rev. Allen was installed into the office of Pastor by ROMinisteries, Inc. by Pastor Lynda Davis Robinson.

She currently serves on the ministerial staff of Palma Ceia Baptist Church under the leadership of Pastor Tommy E. Smith, Jr. and is the CFO for Solid Rock Church of God in Christ, Pastor Jerald K. Simpkins. Rev. Allen also serves the Lord at Holy Ground Ministry in Turlock under the leadership of Pastors John and Ann Hill. She served as host of the FOR CHRIST SAKE TELEVISION MINISTRY for many years.

Her greatest passion is teaching….she absolutely loves God’s Word and the mysteries it continues to unfold to help along life’s journey.

Reverend Allen is married to Lamont Wylie Allen. Together they have four daughters, one son, seven grandchildren and six great grandchildren.